Violence in Fairy Tales: A Symbolic Key to Violence in our Culture and its Possible Transformation 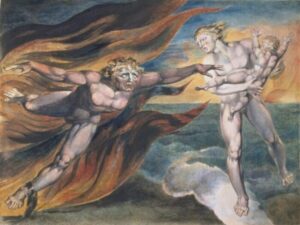 REGISTRATION FOR THIS PROGRAM IS NOW CLOSED

When Bruno Bettelheim published The Uses of Enchantment: The Meaning and Importance of Fairy Tales in 1989, controversies erupted about how all the violence in the Grimm’s tales might traumatize our children or provoke them to violent behavior. Bettelheim said this was nonsense—that violence was part of life and that children were actually helped by having imagery for violence that placed it in the context of the human imagination and surrounded it with meaningful stories. Today, the violence in fairy tales seems mild—even quaint— in comparison with a profusion of terrifying films, horror videos on TV, video-games that specialize in killing, and the mind-numbing violence of actual mass-killings in our schools, synagogues, and churches. It is as though violence has jumped the tracks—breaking free of its origins in human “stories”—and becoming something truly demonic, senseless, meaningless, and traumatic. We are losing the ability to talk about it. It has become “speechless horror.”

C.G. Jung, following the Roman playwright Terrence, said “I am human—therefore nothing human is alien to me.” He also said, “We need an imagination for evil,” and I believe this is especially true for the violence that saturates American culture today.

We need to re-locate it in our human experience. Fairy tales are a good place to look for an understanding of the archetypal and human factors surrounding violence—thus restoring our imagination for this evil reality. When we look, we will discover that we can’t understand our current violence without understanding modern psychological theories of affect-regulation, trauma and dissociation. Such an understanding leads us back to the human stories that are violated by violence and gives us insight into how violence can be transformed.

We will explore three fairy tales centered in violence and its resolution: Fitcher’s Bird (one of the Bluebeard cycle of tales), The Hand-less Maiden or Maiden Without Hands, and Prince Lindworm. All of these tales describe total destructive aggression—its origins, its attack upon innocence, and its ultimate resolution. Participants are encouraged to read the Maiden Without Hands tale here  which is part of the Grimm’s collection. The third, Prince Lindworm, is available here.

Donald Kalsched, Ph.D., is a Jungian psychoanalyst and clinical psychologist with a private practice in Santa Fe, New Mexico. He is a training analyst with the Inter-Regional Society of Jungian Analysts where he supervises an advanced colloquium of candidates in training. His two books The Inner World of Trauma and Trauma and the Soul, have sold thousands of copies in the US and have been translated into many languages. He is currently on the faculty of Pacifica Graduate Institute where he teaches a Trauma Certificate Program.

REGISTRATION FOR THIS PROGRAM IS NOW CLOSED