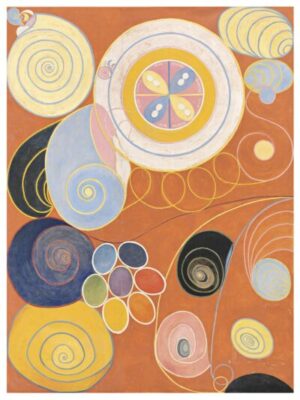 At the age of eighteen, while still in high school, Marie-Louise von Franz met Carl Jung at his Bollingen Tower. She later described this as the most decisive encounter of her life. She entered into analysis with him months later, completed her doctorate in classical philology and began seeing her first analysands soon after. She was wholeheartedly dedicated to the unconscious, both in her own life and that of her analysands. She developed a far-reaching expertise in fairytales, alchemy, synchronicity and numbers. She is estimated to have personally analyzed over 65,000 dreams. She was a prolific writer and a highly sought-after teacher.

The Collected works of Marie-Louise von Franz is a 28 volume Magnum Opus from one of the leading minds in Jungian Psychology. The first volume, Archetypal Symbols in Fairytales: The Profane and Magical Worlds, released on her 106th birthday, January 4, 2021 and is to be followed by 27 more volumes over the next 10 years. Volume 2 looks at the hero’s journey and released on June 1, 2021. Volume 3 explores the maiden’s quest and releases in late summer of 2021. Steven Buser is one of two General Editors in The Collected Works of Marie-Louise von Franz. He will take us through a history of the project, an overview of von Franz’s life and work, as well as a deep dive into the first three volumes of this foundational material.

STEVEN BUSER, M.D.  trained in medicine at Duke University and served 12 years as a physician in the U.S. Air Force. He is a graduate of the Clinical Training Program at the C.G. Jung Institute of Chicago and is the co-founder of the Asheville Jung Center.

Registration is now Closed.
Everyone who paid will receive a Zoom link via email on Friday, September 17th by 5:00 pm Mountain Time.

The Zoom Room on Saturday is limited to 100 people. This program will be recorded. A link for the recorded video will be sent by the following weekend to everyone who paid.

CEUs will only be awarded to those who paid for them AND
attended the LIVE program.