Finding Hope in Troubled Times: The Language of Rebirth in an American Cultural Complex 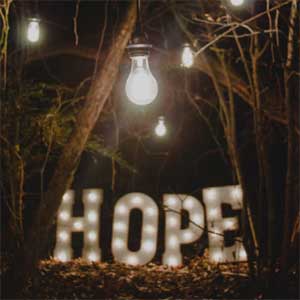 This presentation first considers the early American experience of rebirth in a new land and its accompanying mythology of violence, conquest and scapegoating. This is contrasted with an emerging theme of rebirth through relatedness, visible in recent children’s films and in the dreams of individuals. The image of the frontiersman, the European colonists’ earliest hero, contrasts with that of a girl child who melts hardened attitudes though feeling values. These can be seen as a pair of opposites reflecting a resurgent cultural complex (Singer & Kimble, 2004). A Jungian perspective can help us trace the movement of the collective psyche in American culture through popular literature, films and dreams.

The explosion of Donald Trump into American collective consciousness has polarized the culture with intense emotion and a push toward extremism. At the heart of Trump’s message is fear and demonization of the other—the immigrant, the person of color, the practitioner of an unfamiliar religion—who must be eliminated so that “real Americans” can regenerate an imagined past greatness. Trump’s dizzying rise to power rests upon his ability to appropriate potent cultural images, particularly what cultural historian Richard Slotkin describes as “the myth of the American frontier, ”a psychological story that has set American armies marching from the Puritan colonies to Afghanistan. Trump has cast himself as the latest iteration of the iconic frontiersman and ‘man-on-the make,” a tough individualist who renews his manhood, his pioneering spirit and his cherished liberty through acts of violence that exploit the land and eliminate the ‘others’ who inhabit it.

From a Jungian perspective, the American psyche is in the grip of a resurgent cultural complex, rooted in images and stories of dominance, violence and scapegoating. Slotkin’s seminal study of the frontier myth throughout popular American literature can deepen our psychological understanding of the distinct shape these dark archetypal patterns have assumed in American culture. A different archetypal pattern is to discover, during the darkest times, new hope in an obscure and under-valued place. Signs of a compensatory American myth are emerging in a recent stream of highly successful children’s films. Each of these Hollywood productions tells a similar story: a courageous girl or young woman, living in a time of cultural stagnation and environmental crisis, renews the people and restores the land through her ability to relate to what seems profoundly ‘other.’ Typical of these stories is the 2016 Disney animated film, Moana, a narrative of rebirth through relatedness. Psychological themes in this children’s film will be amplified by dreams arising in individuals since Trump’s election, suggesting a possible, more hopeful direction of the collective psyche.

Kaitryn Wertz, L.P.C., is a Jungian Analyst in private practice near Boulder, Colorado, with a thirty-five year background as a therapist, public speaker and workshop leader. She is especially interested in the ways in which Jungian psychology can help us to understand the changes occurring in society and to make ethical choices about them. Kaitryn currently serves as President of the Inter-Regional Society of Jungian Analysts.